The race for a Zika vaccine

„ZIKV was first isolated in 1947 from a sentinel rhesus monkey in Uganda. In 1952, it was found in humans, and it was linked to Zika disease in 1964. However, little attention was paid to this virus until 2007, when an outbreak of ‘dengue-like illness' was reported in the Yap State of Micronesia. It was estimated that >70% of Yap State residents were infected with ZIKV. Another outbreak occurred in 2013 in French Polynesia and subsequently in other Pacific Islands. Outbreaks also occurred in New Caledonia, the Cook Islands and Easter Island, and ZIKV circulation has been reported in other Pacific islands. To date, the ZIKV outbreak in Brazil is the largest ever recorded, with an estimated 165 000 suspected and confirmed cases as of August 2016.“
(Emerg Microbes Infect. 2017 Mar 22;6(3):e13. doi: 10.1038/emi.2016.141. Zika virus genome biology and molecular pathogenesis. Wang A. et al.; http://www.who.int/emergencies/zika-virus/timeline/en/) 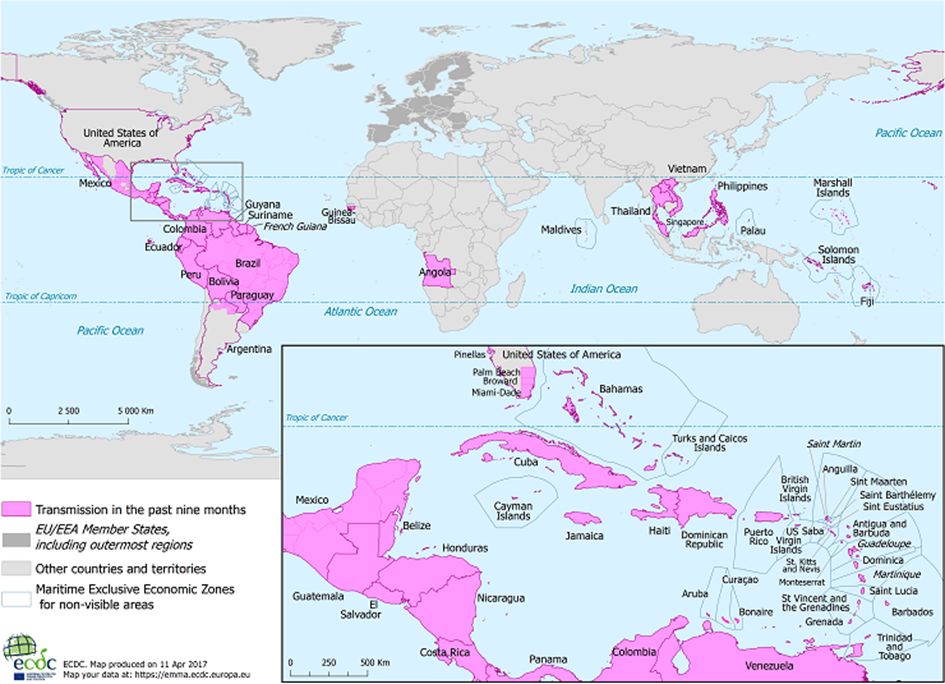 The Zika virus genome comprises a 10.8-kb (+)ssRNA molecule encoding a single polyprotein, which is later processed into the capsid (C); the precursor membrane (prM); the envelope protein (E); and seven nonstructural proteins. Zika virus is a member of the family Flaviviridae. Virus particles are 40 nm in diameter, with an outer envelope, and an inner dense core.

Currently there are 14 Zika clinical studies conducted around the world. 11 studies are initiated to evaluate Zika vaccine candidates (https://clinicaltrials.gov/). The different approaches are summarized in the following short table: